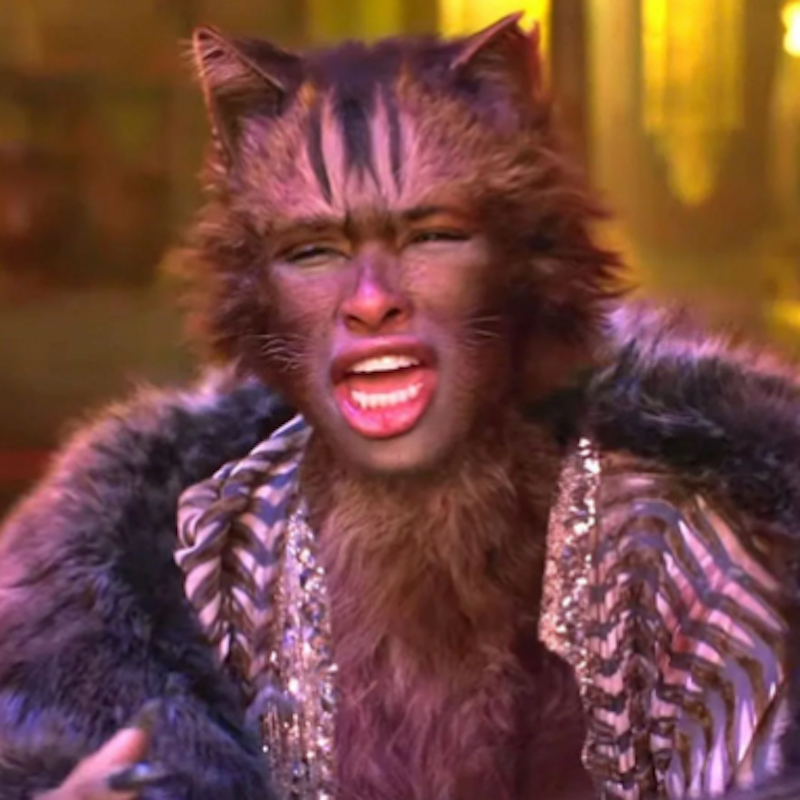 Cats the movie is bonkers.

So completely and unequivocally bonkers, I’m not sure where to begin. Oh boy, it’s a stinker – but in a good way. Think Burlesque and Mariah Carey’s Glitter.

Even the most ardent fans of the original Andrew Lloyd Webber musical would admit that the show lacks a few things. A storyline, for one. When I heard they were making it into a movie my first thought was: how? And with what? And: BUT HOW AND WITH WHAT?! Then I found out it starred Idris Elba, Rebel Wilson, Tay Tay, Jennifer Hudson, James Corden, Ian McKellen, Dame Judi Dench and that other well known J.D (*grabs auto tune mic and sings*) JASON DERULO  – and I felt reassured, because on paper that’s one hell of a cast!

(Side note: Did you ever think you’d see the day The Dame and The Derulo would act side by side?! What a time to be alive eh?)

But here’s the thing. Do you remember when women’s magazine would survey their readers to put together the ‘perfect’ female celebrity body, and then Frankenstein the winning parts back together to form some kind of super hot human hybrid as voted by the public? You’d whack Halle Berry’s boobs onto Cindy Crawford’s legs and insert Charlize Theron’s jawline, and in theory that person would look incredible; but in reality on the magazine’s page, they looked like the leftovers from a serial killer’s ransom note.

So this movie is kind of that, but with cats. Cats who spend two fucking hours introducing themselves and their back stories with elaborate song and dance numbers.

Basically the cats all have to turn up to a talent competition at the town hall. They then have to dance in front of Dame Judi Dench as she is the judge (think Paula Abdul on American Idol. Everyone loves her, and she’s a living legend but obviously has no idea where she is). The cats must prove to her why they deserve to be born again into a new and better life, because Dame Judi Dench is some kind of GodCat who can do that. Seriously, that’s it, I’m pretty sure I’m quoting the script word for word.

The film is carried by the lesser known actors, with the big guns (with the exception of The Dame) just swinging in for short cameos. Gandalf cat (Sir Ian) genuinely seemed to have wandered onto the set by accident, improvised a few things and then disappeared again. It was truly baffling.

Taylor Swift is on screen for a swift hot minute. She makes a fabulous entrance, gets everyone high and is the only cat with tits and heels. Me-ow. 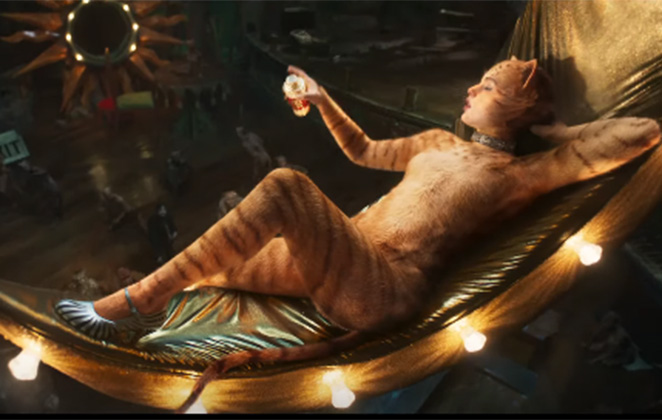 J-Hud is the resident broken down diva Grizzabella, she does A LOT of peering sadly around corners and has some pretty dramatic nose snot happening for most of the movie. She does get to sing the shit out of Memory which is the only reason anybody loves Cats, let’s be real. 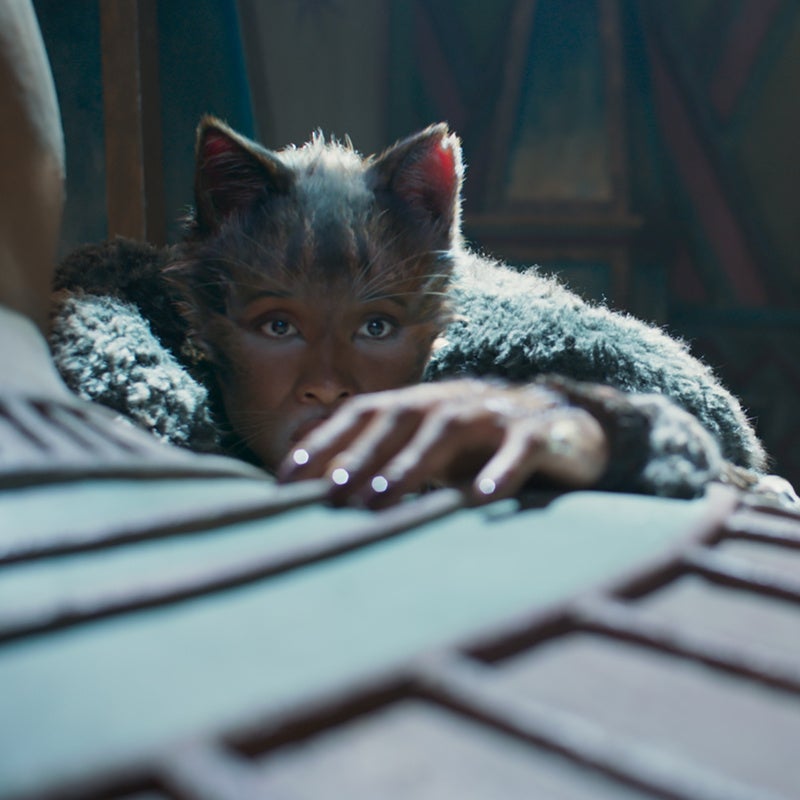 Straight up truth: if you’re not in any way familiar with Cats the musical, you probably won’t enjoy this film. Unless you’re on a pretty heavy acid trip and you’re looking for something to completely eradicate the last parts of your brain.

But on the other hand, if you do like Cats…. Look, I don’t wanna be a hater McHaterson, I dig people being creative and weird and trying new shit and this is all of those things. I’m also flat out this movie’s target demo: I’m into musicals, fantasy, and campery. I wanted to love it so badly but mother of PEARL they made it hard. It’s wildly confusing and obscure and has probably dethroned Grease Two as the worst musical ever made into movie.

But that being said – I’ll be thinking about it for days. Just like J-Hud, this movie will be lurking around the corners of my mind, bursting into song when I least expect it.

It should also be noted that I was sexually attracted to cat Idris Elba, although he had no genitals whatsoever and I think that was a mistake. They had a one hundred million dollar budget and couldn’t give Idris some believable cat junk?! That’s definitely why they got snubbed by the Golden Globes. Pussies without peens.