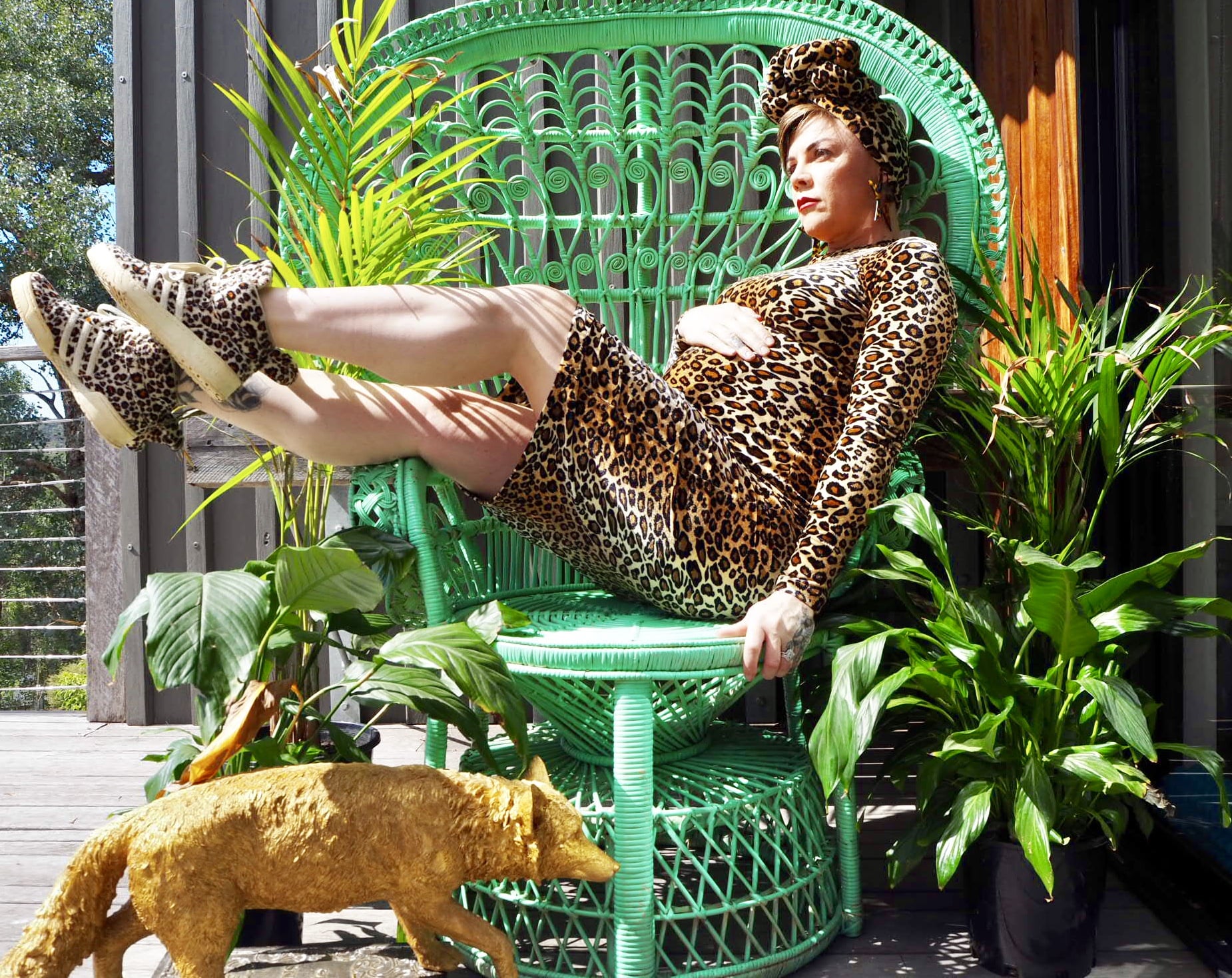 Warning, this post will not be for the faint of heart. Look, I realise that that I could conceivably pop that precursor at the top of  most things I write, however this week – we’ll be going deep. So strap in, the truth is out there and it’s something I didn’t know until my nipples began spreading like balsamic vinegar in a small dish of extra virgin olive oil.

I had my first child when I was twenty-two years old. My body was tight and hard, I was carefree, I wore strapless tops with reckless abandon and bras were optional. As my pregnancy progressed, my youthful body went through the normal changes  one would expect from growing a human:

Spider Belly: The vexatious internal itching that happens around the middle of your bump.

Bong eyes: Blood vessels bursting in your eyeballs, due to extreme constipation.

Iron Vag: As though someone has literally sewn tiny weights into your flaps and you’re sure the baby may appear at any time just to say hello. (It tends to occur towards the end of the pregnancy.)

Road Map Neck: Did you even KNOW you could get stretch marks under your chin? I DID NOT! YOU CAN!

When my pregnancy was first referred to as  “geriatric”, I was deeply offended. How very dare anyone refer to any part of my person as “geriatric”? I’m still in my thirties for fuck’s sake! Yes it’s the very tippy-top of the decade and yes I dress like Grandma Yetta from the Nanny, however everything else is still young and vital! The term ‘geriatric pregnancy’ conjures up images of Dorothy from the Golden girls (if your brain didn’t immediately launch into ‘thank you for being a friend’ I don’t know if we can see each other anymore) waddling around in a pair of fetching maternity overalls.

FYI – Anyone over the age of thirty-five and pregnant is considered to be of ‘advanced maternal age’, because as we all know, after you turn thirty-five your vagina starts to grow cobwebs, develops a strange crush on Eddie McGuire and registers itself for the pension.

As I move further into this pregnancy, I now realise that I’m indeed an older pregnant person; my body is dealing with this spawning far differently from the other two times I was up the duff (in my twenties). What I’ve noticed this time is that EVERY CELL of my entire body is pregnant. My teeth, my eyes, my fingers my toes, my internal organs – they’re all feeling the fact that I have a baby in my guts. It’s permeating my every move, thought and feeling. Instead of it being a fun fact about me as it was the last time, it’s now all that I am. So here is a list of the symptoms I’m having as a mature age preggo. I’m not saying if you’re in your thirties you’ll definitely experience these side effects, but if on the off-chance you do, I want you to know that you’re not alone.

Get that thing away from me: You know how they say that in your second trimester, you just can’t get enough of the sex? The reason for this is that you’ve got more blood flow to your vag, more of the hormones that love bonking are present – and if you’re a fellow flat chester like me, you’ve got a brand new set of boobs to be flaunting. I certainly experienced that in my earlier pregnancies, but now… No. My husband is hot, fit and very good at the sex, but I’ve no interest in riding that cowboy currently. I’m tired, I’m more tired, my back hurts and I’m so tired.

NIPPLE SPREAD: You guys, they DO NOT stop growing. I stupidly thought my areolas reached peak spread with my last pregnancy. What a naive dickhead I was! I know that they need to be bigger and darker so that the baby can find them but I’m not giving birth to a fucking mole! At this rate, they could be found from the Mars space station without a telescope.

4WD Stretchies: You would think that the stretch marks you already have would be worn in enough to accomodate the changing of your body. Look, even if you’re having your first child, if you’re thirty-five and over you’ve accumulated some impressive tears to your skin that you’d think would leave enough grow room for what’s to come. Ha! No. Imagine a four-wheel drive track on some soft sand, then imagine that another four-wheel drive drives over that same track, and then four more of the bastards find their way there. The tracks get deeper, darker, and slightly wider. The same may happen to your stomach, hips, inner thigh, arms, chin – wherever these arseholes have managed to find themselves.

Side note: SPARE ME the ‘rub *insert oil/lotion name here* on your boobs and bump to avoid stretch marks’  – that shit is a fucking CON. I literally bathed in stretch mark cream for my first pregnancy. I walked around like an oiled up hippo for months and my tummy ended up looking like an elephant’s ear with a road map drawn on the inside of it. I reckon you’re genetically predisposed to that kind of thing, you’ve either got skin that will withstand stretching or you don’t.

My body is ruined forever: Real talk – my self-esteem has taken a smashing this time around. Things have felt more saggier and baggier than they previously were, I found myself not wanting to be in photos or look in the mirror. I even picked a fight with Scotty and cried when I saw that he’d followed a fitness model on Instagram (it turns out he works with her and she literally stood over him while he followed her because she’s trying to be an ‘influencer’). I’d convinced myself that he was gong to run away with her and do push ups by a pool and look at her perfect small nipples and upper arms that don’t wobble when she aggressively points at things.  That was probably my low point. (Also, let’s just say that if my husband were to do a stocktake of the men I follow, he’d find A LOT of hard-bodied, tattooed blokes with beards that I most certainly do not work with!) After I confessed I was onto him and his imaginary fitness lover, my husband took both my hands into his and said: “I am not going anywhere – EVER! For fuck’s sake Emy, you’re growing our child. You’re incredible, you look fantastic, stop being so hard on yourself.” He was right of course, I’m a bloody WARRIOR! I’m literally making a whole person inside of my body! So anytime my thighs rub together or my bum cheeks stick to the top of the backs of my legs, or I have to change my underwear for the third time in one day –  I remember that. And you should too.

Having said all of that, pregnancy is a tough gig no matter how old you are. It fucks with your biology, mental health, physical health and everything in-between. No one knows how your body is going to react, and it’s different for every woman. So be kind to yourself, look after your health and fuck any other chore that gets in the way of that. But if all else fails, strap yourself into some leopard print, gather the indoor plants, set the self timer on your kid’s camera and be fucking Beyonce for a few minutes.

I see you preggos, I feel you, I am you.

P.S Our second round of community pins SOLD OUT again, but don’t worry we’re onto it and getting a jumbo sized batch made! I’ve also signed a new load of my books, have you read it yet? You totally should. Don’t forget to sign up to my mailing list so you get my words first and any other goss before anyone else does (new merch, tour announcements, baby announcements!) just scroll to the bottom of the contact page.