If you follow me on any platform then you’re aware that I collect porcelain owls, don’t believe in ‘neutral tones’ and dress like a toddler on acid. You may also be across the fact that the media (and if they’re to be believed, people I’ve worked with) have labelled me “difficult”on several occasions. Since I now have this shiny new space to completely express how I feel about certain things, I thought it was high time I address this entire situation. Because I’ve been uncharacteristically quiet on it, because I’ve been reflecting on it, and because to be completely fucking honest – I didn’t feel the need to defend myself.

You see I out and out refuse to stay between the lines, and as you can imagine that fact alone makes a lot of people shit their pants. Because it’s much easier for them if I’m passive and compliant, If only I didn’t insist on defending what I’ve built up and what I believe in, if I were easier – things would run in a much smoother fashion for them.

I say ‘no’ more often than I say ‘yes’, and I imagine that fact alone would make working with me challenging at times. Trust me, saying ‘no’ when everyone just wants me to play nice is not something I seek to do. But you see, that’s why I’m good at what I do; because I care about the ideas, shows, products and projects that I put my name to. I want them to be thoughtful, funny, big, raw, heartfelt, shiny, fantastical and memorable and that requires a protective professional vigilance, a kind of show biz quality control that yes, sure, might come across as me being ‘difficult’. However I can’t help but think if I were a man they’d probably use words like “assertive”, “driven” and “ambitious”.

Why are women made to feel as though being passionate, decisive and strong are somehow undesirable characteristics? Why do we have to fight twice as hard to be heard and seen in most professional circumstances? I also find myself constantly wrestling for the right to be my version of me and not someone else’s polite, watered-down model. The other label I often get is ‘opinionated’  – like it’s a disease! How DARE I form a semi-informed thought on a topic! Oh that Em Rusciano, she needs to stop thinking the things and start shutting the hell up… What an odd thing to accuse a lady of, it will never cease to bemuse me that one.

But back to me being an impossible, heinous bitch from pirate island. I’m not an unkind person, I know that to be true. Do I have my moments? Absolutely. I’m aware I can come across as harsh and/or sarcastic at times; I’m impatient and in the past have lived by the motto: “You’re either in or you’re in the way”  – I’ve softened on that in recent years!

This idea that women like me are volatile and out of control is also false; I assure you all, I am completely in control. But am I really difficult? Nope, because no one is ever unsure of what I want and how I intend to get it. I make myself clear at all times. There’s nothing to read between the lines, because I speak my mind. I’m not difficult. I’m PRETTY FUCKING EASY truth be told! I know who I am, and I know what I stand for. I love my family and I’m a loyal and trustworthy friend. I work bloody hard and I fight for what I think is right. The other thing is, I learn new lessons about myself each day, which are rarely pleasant. I’ve so many things to work on, so many hurts to let go of. Today for example, I learned two things about myself: 1) that if someone triggers me emotionally, I then transfer that pain to the next person I see who I’m close to, so that I don’t have to sit in the pain for too long. So now I have to work on sitting in uncomfortable feelings and rolling around in them so that I don’t pass them on to someone I love. 2) I overuse the words ‘besmirch’ and ‘teensy’. That’s a whole lot of learning for a Monday morning you guys!

I’ve two daughters, one of whom is turning eighteen next year, and I feel a great sense of responsibility to help ease her path. To improve the world in which she’s heading into. To make sure she feels empowered and brave about standing up for what she believes in, and confident that her voice will be heard and not dismissed purely because she has a vagina. Anytime I feel a hint of worry that someone may not like me because I’m saying ‘no’ or asking questions – I think of her. I’m happy to take the heat out in front, and these past few months I’ve taken so much of it I’m fairly sure my bones are made of iron.

As the wonderful Hannah Gadsby says: “There is nothing stronger than a broken woman who has rebuilt herself.”

And as I say: “Women who are sure of themselves, scare the living shit out of those who are not.”

Have a great week bitches, go out there and get it. 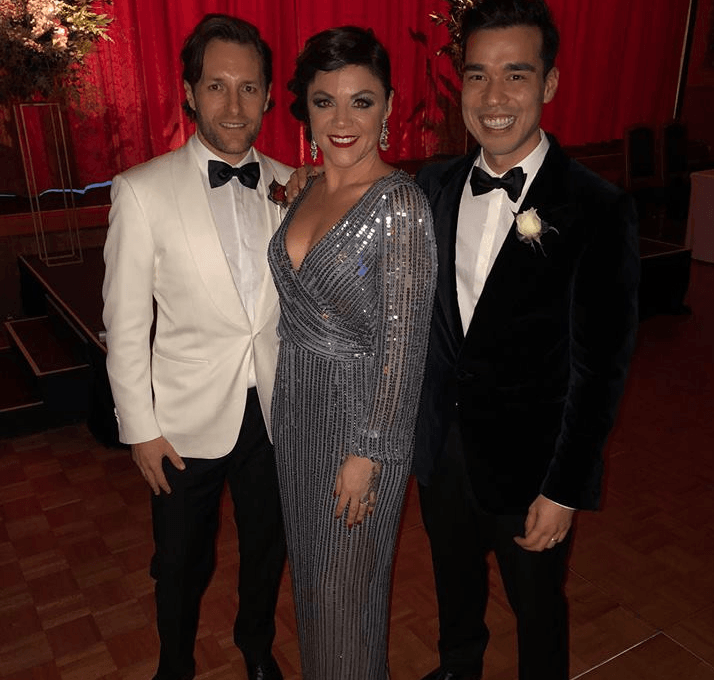