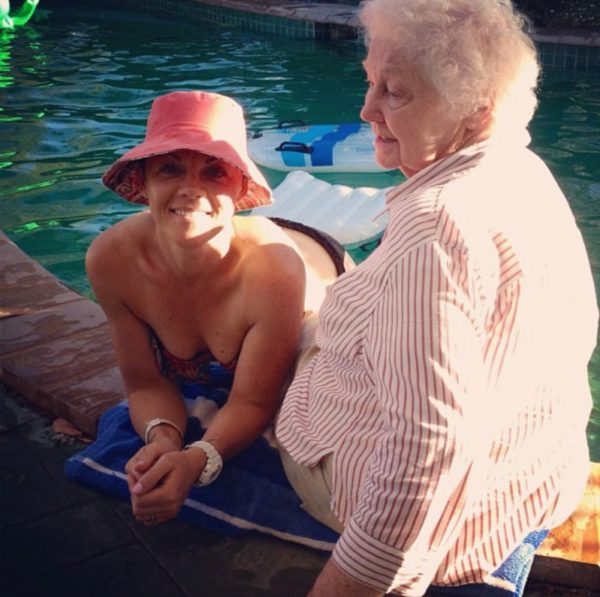 Hi gang, first up I want to say a gigantic THANK YOU to the many thousands of you who read and enjoyed my ten tips for teenage girls last week. I’ve never had a response quite like it, especially from said teenage girls. It truly warmed my black heart reading your messages and knowing that my words had somehow helped you.

This week I’ve just got some quiet words about loss, you see four years ago this week my family went through the wringer. Those of you who’ve read my book will know what I’m referring to, if you haven’t read it; on October 18th 2014 my uncle Haydn passed away after being involved in a car accident. Ten weeks later, his Mother (my Nana) also left us. I wasn’t going to write about it, in fact I had another blog ready to go about making my kids watch Beaches; but lately I’ve been feeling the weight of their loss, and I find that when my thoughts are sticky, it helps to write them out.

On Saturday it was my Dad’s birthday and while we were at his place, my Mum gave my eldest daughter a hard drive full of memories. Later that evening the girls and I sat on the couch and laughed at my Australian Idol photos and all the unfortunate hair choices, make-up mistakes and our many abuses of denim. My whole family had come to see the Australian Idol live tour in Melbourne, and everyone had taken photos with the cast, including Uncle Hayd. A photo of him, my Mum, my Aunty and I flashed up and my daughter quickly clicked passed the photo (knowing what this week was and not wanting to upset me) but and as she did a video of my Grandmother appeared. She was giving my Mum a guided tour of her bedroom. She was putting on her ‘posh voice’ and pointing with flourish to her new curtains, bedhead and beloved blanket box.

I’ve seen the video a hundred times, but I haven’t watched it since she’s been gone. It was like looking at it for the first time again with fresh eyes. I took in every detail, wishing I could dive into the computer screen and stand beside her. Her bedroom always smelled of perfume; Elizabeth Arden’s Red door, and I could almost smell it as I watched her. Then she laughed and I realised how much my own cackle sounded like hers (think Mary Poppins meets Cruella DeVille and you’ve nailed it.)

As I watched her I remembered our weekly conversations and smiled. I wished I could tell her I am having a son, I could imagine her response. She’d be beside herself and a blanket would be ordered and embroidered with his name, as she did for both of my daughters. 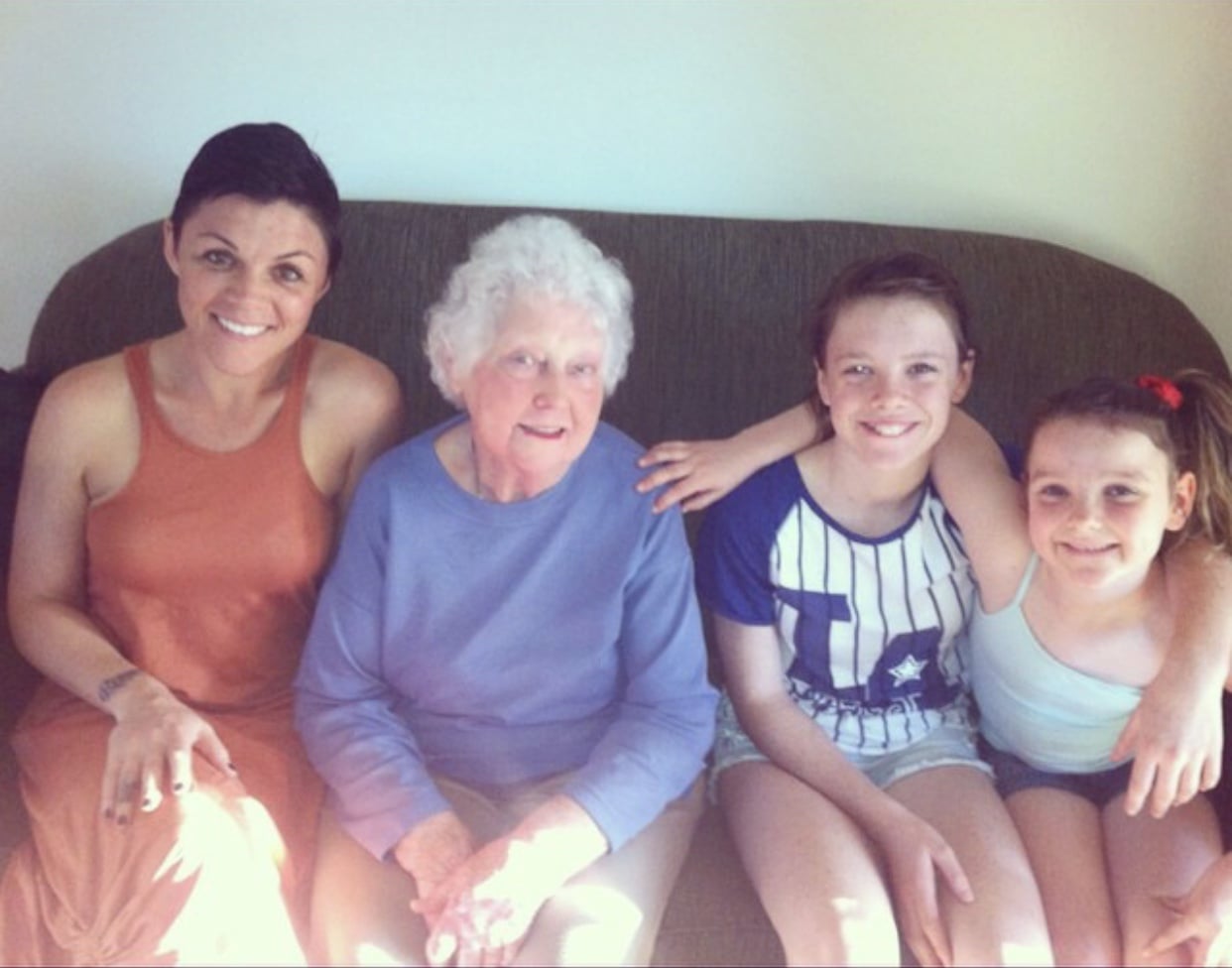 I went to bed last night and read the letter she sent me after my wedding, it’s the first time in a long time I’ve been able to do that without crying. In fact imagining her making mental notes on the day to write down later, made me laugh to myself.  After she and Haydn died the grief came in steady, consistent waves. Four years on and I can report that the waves are much further apart and I don’t feel as though they’re going to drown me when they hit. When this type of thing happens to you, the phrase “It’s going to take time”  gets thrown around and you feel like punching the person who says it in the throat, but it’s true. However the passing of time doesn’t make you miss them any less, it just allows the acute sadness you feel when you think of them to make way for a dull ache.

That will make way for  bittersweet memories.

That will eventually become happy and precious ones.

What I mean to say is that your first thought isn’t: “They’re gone.”

This week if you could think loving and slightly inappropriate thoughts about Eddie McGuire for Nana and toast Haydn with a can of diet coke, I’d appreciate it.

Thanks for letting me write it out,